A TEAM AT YOUR SERVICE, TO SHARE RUNS, BUT ALSO TO HANG OUT IN THE MOUNTAINS OR DRINK A COFEE

All qualified paragliding instructors with certificates in speedriding, paragliding and skiing. They have all the tools to guide you in the learning and improvement process.

Adapted lessons, focused on your level of flying, skiing, or physical capacities and your mental state: They are experts in the theory to coach you in your progression. 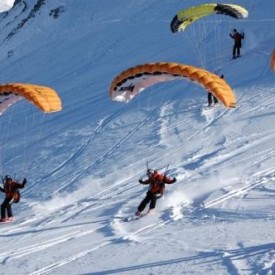 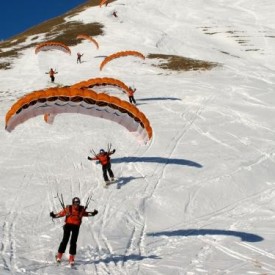 Nini can pilot anything, even a bin bag in flames!
Omar Zaïter
Vice-champion in Andorra (2012) official pilot for MUTANT wing.
Has also been crowned king of the 360 TOUCH BARELL.
French champion in 2014 and Andorra champion in 2014.

Lucas Tondeli
Team mate and sky brother, he competes with perfection in both skydiving and in speedriding with his team mate Hippo